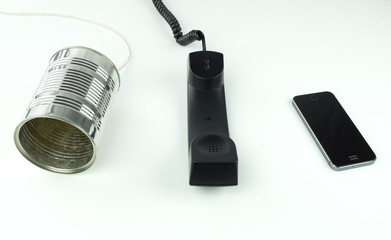 Human beings have told stories about miracles and other kinds of magic for as long as we have been telling stories. Freed from the laws of physics and biology, our tales of magic are wild and wonderful and much loved, even when they titillate by terrifying us. The degree to which these stories are recognized as fantasies varies from place to place and person to person, but they are present in every human culture at every point in history. Actually, not just present but important: culture-shaping and, consequently, world-shaping.

Why do we find the idea of magic so appealing? The answer may not be as exciting as the stories themselves, but it is pretty cool: We humans are inventors. We have taken over this planet by innovating. But in order to invent new technologies or come up with innovative solutions to challenging problems, we must first be able to want something that doesn’t exist and then imagine that it does.

My writing desk is built into a cupboard with metal knobs on the doors, and stuck to four of those knobs are four magnets. They say: Wish It, Dream It, Believe It, Do It. The magnets are, of course, meant to inspire bold creativity on my part: Take the first step, then the next, then the next. Come on, Valerie, just do it! But the sequence also says something interesting about our belief in miracles and magic.

What if we want something that simply isn’t possible given how the world works? What if we won’t even know whether it’s possible until science makes a few more centuries of progress? What if our wishes get fulfilled sometimes but not others, and we can’t figure out the pattern of when and why? In other words, what if we make it through steps one through three and then get stuck?

How frustrating! We want what we want when we want it, and our wishes and dreams don’t go away just because we don’t know how to fulfill them. That’s where superstitious beliefs and behaviors come in, and mythic stories about magic and miracles, and fairy tales and fantasies and science fiction that we find delectable and soothing even when we know them to be just that.

Let me illustrate by focusing for a moment on instantaneous long-distance communication.

Last year, I traveled with my family to Newfoundland. During one of our meandering excursions along the coast, we stopped in Heart’s Content, a small town that 160 years ago became the western end of the first transatlantic cable. Today, an honor-system museum is all that remains of the once state-of-the-art telegraph station, which at its peak employed 200 people. We wandered around the old work rooms, basking in the nostalgic feeling evoked by the high windows, wooden tables, intricate switchboards, and clusters of heavy wires and plugs. We awkwardly tapped out silly messages on a makeshift telegraph machine and laughed at the slow, clumsy process.

Mostly, though, we marveled at the ingenuity of the scrappy human beings, who, in 1858—before penicillin or birth control, before even the American Civil War—somehow manufactured a copper cable as long as the Atlantic is wide, then loaded it onto ships, and then unrolled it across an ocean floor as deep as two miles down from Ireland to Canada. Their cable allowed the first tappity tap of instantaneous communication from one side of the planet to the other. It was game-changing.

Yesterday, I spent an hour curled up on the sofa in my study with my daughter Brynn next to me and a laptop propped on the table in front of us. We were video chatting with my other daughter, Marley, in her Boston dorm room and with my husband, Brian, who is on a business trip in New Delhi. And when the audio gave us problems, cutting out intermittently, we were positively indignant. We expected better!

Between the astounding feat of laying that first transatlantic cable and the astounding creation of the laptops, internet, data centers and communications satellites that let my family enjoy instantaneous video chat from the other side of the planet, lie 150 years of intermediate steps. Each required ingenuity and hard work on the part of countless scientists, mathematicians, engineers, laborers, and technicians. Even the incremental difference between the technology that my family used yesterday and the tech we would have used last year for the same purpose, took a colossal effort on the part of thousands of strangers we will never meet.

Our Iron Age ancestors who wrote the Bible lacked even the crudest form of instantaneous long-distance communications, the fastest messengers of their time being carrier pigeons. They would have been mind-boggled by the sophistication of the telegraph to the point that most would have thought it some form of magic.

But that didn’t stop them from wanting instantaneous communications or from being able to imagine such a possibility. What they couldn’t imagine was all the steps in between the wish and the actuality. So, they left them out. Unable to invent I-phones, they invented stories in which winged celestial messengers—beautiful human carrier pigeons—bore messages from the distant realm of the gods, or stories in which gods and loved ones crossed great distances by appearing in dreams. They invented magical beings that could hear and respond to human supplications wherever we were—beings that could hear our thoughts but preferred for some reason that we speak them out loud.

With no need to get electrons and sound waves moving in just the right pattern, prayer covered more ground faster than Skype or Hangouts. It offered instantaneous communication to the other side of the universe. From your lips to God’s ears, as Jewish well-wishers used to say.

This, broadly, is how magic plays its role in the human psyche. Creativity and inventiveness require that we have the capacity to visualize and want something so that we can figure out the path to make it happen. Efficiency requires that we want that journey to be as short and easy as possible. (For survival reasons, all animals are programmed to get their needs and wants met as efficiently as possible.) Take efficiency to the extreme and voilà!, no journey at all!

General Colin Powell gives motivational speeches, and he often structures them around one repeated them: A dream doesn’t become reality through magic. But we sure wish it did.

Magic—at least in the world of fantasy—bridges the gap between what we are capable of wanting and what we are capable of doing. Sometimes what we want is to make something happen. Sometimes, we just want to explain things that already happen but that we don’t understand—like lightning or illness and healing. Sometimes we simply want to tell an entertaining story: A witch is angry. She curses a girl. [Insert magic.] Poof, the girl is a swan, and the plot goes on.

Stories about magic delight the child in us, and sometimes they are designed to do just that and nothing more. But the key to understanding the power of magical thinking in the human psyche is that inventiveness—Wish It, Dream It, Believe It, Do It—is a fundamental survival strategy for our species. We are innovators and discoverers. We are explorers who boldly go where no one has gone before. We launch ourselves into uncharted landscapes, seeking hazy destinations visible only to the mind’s eye. Some of us die in the quest, but the rest of us thrive because of it.

Since before recorded history, belief in miracles and other kinds of magic has kept hope alive by making anything—no matter how unlikely or incomprehensible—seem possible. It has let us forget our limitations and so consequently transcend them. Magic gave us wings almost three millennia before we could fly. But fly, we can, because the very same fantastical thinking that attracts us to magic also helps us make some of our wild dreams come true.