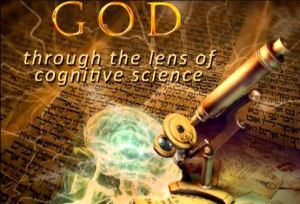 For videos about the psychology of biblical Christianity and resources for recovering Evangelicals, please visit my Youtube Channel.
AwayPoint: Life After Christianity

Getting God’s Self Appointed Messengers Out of Your Head

Interviews and Lectures Available at Other Sites

Annie Laurie Gaylor and Dan Barker interview Valerie Tarico about her journey out of Evangelical Christianity, how the Bible denigrates women, religious trauma, and raising good kids without gods, and more.

James Pace and Valerie Tarico discuss the ethics of abortion, the meaning of personhood, and how we sort ourselves into political tribes that make it more difficult to solve social problems together.

Valerie Tarico takes the stance that broad abortion access is a social and moral good that promotes wellbeing. Divinity student Chris Christian argues for fetal personhood and  that abortion should be morally forbidden and illegal.

The Right to Reason- The Righteous and the Woke (51 min. audio)
Youtube, Patreon, ITunes

What do sincere Evangelicals and Social Justice Warriors have in common? More than you might think. Both, for one thing, care passionately about personal moral values and improving our society. Robert Stanley and Valerie Tarico–both left-leaning–discuss some parallel social and emotional dynamics that plague both groups to their detriment.

The Thinking Atheist – The Righteous and the Woke: Purity Cults in the Struggle for Justice (1 hr, 7 min. audio)

In this crazy world, how often has a passionate desire for justice caused us to oversimplify complex problems, ignore details that don’t validate us, and vilify all who dare to disagree? Has “Woke Culture” sometimes exhibited a dogmatic, even religious, attitude toward the worthy and the unworthy? And is it even possible to have a reasonable conversation about this in the Era Of Online Outrage? Valerie Tarico joins Seth Andrews for just such a conversation.

Phil interviews Valerie Tarico about her chapter, Owned – Slaves, Women, Children, and Livestock, in  Women vs. Religion: The Case Against Faith and For Freedom, edited by Karen Garst.

In this free-ranging interview, Cass Midgley and Bob Pondillo talk with Valerie Tarico about recovery from religion, her book Trusting Doubt, and a wide range of social topics including shifting sexual mores and gender dynamics.

Atheists love to talk about religion, usually to criticize it. Here are two atheists, Valerie Tarico and me, debating whether religion is mostly good or mostly bad. The debate is the fifth in our series, using a format that prevents the debaters from talking past each other The debaters also field a question from Daniel Dennett.

Christian apologist Kurt Jaros interviews psychologist and former Evangelical Valerie Tarico about women and girls in the Bible. Within a wide ranging conversation,  Tarico and Jaros discuss the behavior of Alabaman Senate candidate Roy Moore, who pursued girls as young as age 14 while an attorney in his 30s, and Tarico makes the case that this behavior is in line with the biblical view–essentially that women are childbearing economic assets of men.

Christianity–Should I Embrace or Reject It?, A Windmill Ministries Debate (1 hr, 16 min. video)

Drawing largely on the psychology of belief, former evangelical Valerie Tarico, Ph.D., argues that Christian dogmas put excessive faith in human beings.  Christian apologist Luuk van de Weghe, draws on the evidence of scripture and in particular the resurrection story, to make his case in favor of belief. A 70 minute formal discussion was followed by a 45 minute Q&A (separate video on YouTube).

Are trigger warnings a helpful tool for avoiding potentially harmful distress, or the enabling of hypersensitivity and a victim culture?  We discuss trigger warnings and “safe spaces” in this (inevitably controversial) broadcast.  Guests include a few activists in the freethought movement, and psychologists Dr. Caleb Lack and Dr. Valerie Tarico.

Seth Andrews hosts a panel discussion about how Religion attaches to the human mind and emotions.  Dr. Andy Thomson is a psychiatrist, a trustee for the Richard Dawkins Foundation for Reason and Science, on staff with the University of Virginia, and author of “Why We Believe in God(s): a Concise Guide to the Science of Faith.”  Dr. Valerie Tarico is a psychologist, columnist for AlterNet, and author of “Trusting Doubt: A Former Evangelical Looks at Old Beliefs in a New Light.” Dr. Darrel Ray is a psychologist, co-founder of Recovering From Religion, author of “Sex & God” and “The God Virus,” and host of the Secular Sexuality podcast.

Victims Speak Out, Blogtalk Radio (30 min. audio)
Valerie is interviewed by host Mary Augilar Buttafuoco about how Christian cults snare and retain members. We talk about religion as a mind virus that gets transmitted from person to person, exploiting our yearning to be part of community and to trust other people who can help us understand our world.

Difficult dying, with unmanageable suffering, afflicts more than five percent who reach the end. Hospice generally practices a neutral “neither hinder nor hasten death” with mildly palliative care. Voters of Washington granted its qualified citizens a RIGHT to dignified dying.  Yet, religious opposition keeps too many in end-time agony. Robb Miller of Compassion & Choices of Washington (http://compassionwa.org) discusses with host Valerie Tarico the imperative and obstacles to Death with Dignity in Washington State.

Controversy Surrounds Portland Arrival of Good News Club Think Out Loud, Oregon Public Broadcasting (25 minute panel discussion)
Child Evangelism Fellowship is on a mission to save children from hell by winning converts to their form of Bible belief.  After school clubs on public school grounds include treats and crafts along with the message that children are born so bad that the only way to save them from hell was the DEATH of Jesus.

Catholic Healthcare — Legal Trauma!, Moral Politics Television (28 min. video).
Is your health care subject to “The Bishops’ Rules”? Today, three Catholic bishops oversee almost half the medical care in Washington State.  The Bishops’ Rules forbid contraception, abortion, participation with Death with Dignity, and any treatments developed through embryonic stem cell research.  The University of Washington is helping to fuel the expansion of bishop-controlled health care, and the WA Supreme Court just gave the bishops free rein to fire gay physicians and nurses. Join guest Monica Harrington, of CatholicWatch.org, and host Valerie Tarico for a discussion of publicly-financed Catholic health care and why its growth endangers your health and your rights. February 28, 2014.

Psychoanalyzing God, The Thinking Atheist Radio Podcast #137 (30 min.)
Host Seth Andrews and Valerie Tarico in a meandering conversation about the psychology of religion and, in particular, the Christian God. November 19, 2013.

Recovering From Religion? Give Yourself Time, Freethought Festival, Madison Coalition of Reason (20 min. video).
How religion gets inside your brain and what it takes to get it out.  Lecture, April 12, 2012.

Show 27 – The Problem with Fundamentalism, A Christian and an Atheist (audio).
October 7, 2006