Are #ShoutYourAbortion and #HayleysIUD the Next Phase of the Sexual Revolution?

What prompts a young woman to shout her abortion or live tweet her IUD insertion?

The most lasting effect of the smear campaign against Planned Parenthood may be this: Young women are done–beyond done–with being shamed for the fact that they are sexual beings, with sexual bodies that have tits and asses and twats and vaginas and uteruses.

In contrast to an older generation of feminists who pursued equality by cutting their hair short and wearing business suits and learning to play a man’s game in a man’s world by men’s rules, young women are changing the game, in part by embracing and displaying the fact that they have female bodies. They are claiming their sexuality—not for men but for themselves.

I remember sitting in my psychotherapy office a few years back, listening to a mother complain about her teen daughter’s attire. “She looks like a prostitute,” the mother said.

“Yes,” I agreed. “Like a prostitute—or a teenager.” We talked about changing fashion norms, about the fact that they could send confusing signals to men and even to older women like us. In reality, her daughter’s attire was well within normal bounds—and it communicated something very different among her peers than it would have among ours.

Now, young women are publically owning their bodies inside as well as out.

Amelia Bonow launched a twitter firestorm when she wrote about her abortion without a glimmer of shame and then—together with her friend Lindy West—launched #shoutyourabortion, which has now been used over 100,000 times. My abortion made me happy, Bonow declared; but don’t mistake her “happiness” for glib indifference. Gratitude fits better. Gratitude for the kind caregivers and medical procedure that empowered her to chart her future. “A shout is not a celebration or a value judgment; it’s the opposite of a whisper, of silence,” Bonow told the New York Times. Her words echo the title of an abortion storytelling play modeled on the Vagina Monologues: Out of Silence.

When Bonow became the target of doxing and threats, and the LA Times wrote about the hatred raining down on her, she responded by being outraged that she had been painted as a victim:

It feels like [the LA Times headline] is simultaneously trying to make me a hero, a victim, and a martyr, and fuck all of that; I am none of those. I was interviewed for 45 minutes and this piece is a splashy reduction. The larger points I made about the vast beauty and potential of this movement were glossed over or skipped entirely.

That said, the reason why ‪#‎ShoutYourAbortion is so necessary and so long overdue is because the opposition is ideologically grounded in misogyny, and these people are committed to silencing women. All women. . . . The only reason this thing sort of started with me is that i do not really give a fuck, which is not an implicitly righteous ethos. That initial post was just my usual not giving a fuck, and then we all decided to link arms and walk into a culture war together.

Hayley MacMillen didn’t intentionally “decide to link arms and walk into a culture war” but, like Bonow, she is a voice of her generation and, like Bonow, she found herself in the war zone this week. MacMillen is the Health & Relationships Editor of online publisher Refinery29, which reaches 25 million readers a month with news, health, and style content. When she decided that it was time to get a new IUD, she did something that seemed like simply an extension of her job and lifestyle: she live tweeted the experience. And then she stood by her decision even when haters started doing their thing.

I spoke with MacMillen to find out why she did it, and her reasoning sounded remarkably like a toned-down version of Bonow.

Tarico: There you were, in the stirrups and gown, tweeting the details. Why? 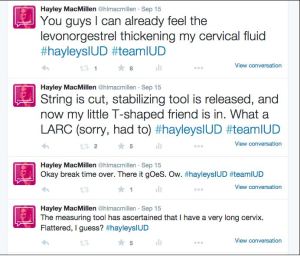 MacMillen: I’ve been in media for a little while. I didn’t see it as big of a deal as it’s been taken. I’m a bit on the young side, and I think it’s just our impulse to talk about our life on social media. It didn’t feel like a big act of rebellion. I write about birth control and sexual health and want to put my money where my mouth is. I believe we should be open about this stuff and living that means demonstrating how much I value openness by being open about my own life. I’m not ashamed of the choices I make. This was a way of showing that.

Tarico: Why the IUD?

MacMillen: I think that low maintenance birth control options, and IUDs in particular, are very exciting for young women like me. Older women had this bad experience with a defective IUD—the Dalkon Shield in the 1970s—that left anxieties. But we’re moving away from misconceptions, and people my age are seeing it as a really good option.

NYC just launched an ad campaign to popularize the IUD. How can we make it as easy as possible to take control of your sex life. “Get it and forget it.” – I love that. We have enough to deal with. This one thing should absolutely be automated.

Two years ago I was living in East Africa, in Burundi which is a very Catholic developing country, and I was relying on condoms. I faced a pregnancy scare, and afterwards I went to a pharmacy that I heard carried the pill. I wasn’t given it, not because they didn’t have it but, I suspect, for moral reasons. It felt like a total loss of control, and I promised myself I’d get a long-acting contraceptive when I got home. I got a nonhormonal Paragard IUD, but my periods were incredibly heavy, and now I switched to Mirena for lighter periods. And that’s what’s happening. My body is still adjusting, so I’m having a little spotting every day, but it’s so much better already. I think it’s just going to get better from here.

Tarico: Some people would say that’s way too much information. In fact, that’s what they said about your live-tweeting the insertion.

MacMillen: There were comments along the lines of Keep it in the bedroom. This is oversharing. This is gross. Isn’t anything private anymore? And, of course, slut shaming: If you weren’t spreading your legs you wouldn’t need to be doing this. One commenter even said they wished an IED had been inserted in me instead of an IUD.

Tarico: Slut shaming and fantasies of violence.  I wish I were more surprised.

But I want to stick for a minute with this topic of online disclosure. 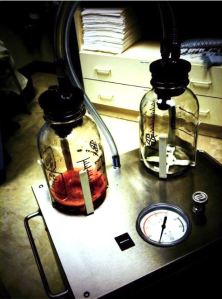 You’re not the first IUD lover to write online about her insertion. The IUDivas community regularly swaps notes about the process and how a woman can figure out whether a given method is working for her body. Eve Andrews at Grist did a video blog about her IUD insertion last spring.

The same with abortion. Emily Letts recorded getting ready for her abortion and then talked about it afterwards. Another woman took stills, “to demystify the sensationalist images propagated by the religious and political right.” But how much is too much?

MacMillen:. I think we are seeing a trend of women being a lot more vocal about their choices—choices about sex and childbearing and birth control– all of what we go through as owners of female bodies. A lot of people still think we should be quiet about our choices, but why? Birth control is as much a part of our lives as what we ate for breakfast, and social media allows us to share all of it, or as much of it as we choose.

Is there a line that we need to not cross, or is that something of the past? I think the line is what you are comfortable with personally. I don’t think someone else can dictate what is enough.

Tarico: And when you do, people wrinkle their noses. In our culture, film and art and literature and pop culture play with all kinds of things that are disgusting—zombie movies, vampires, murder mysteries, slasher movies, war movies . . . but talk about the female body and people let you know that’s over the top. In the film Ordinary Child, the protagonist is a stand-up comedian who riffs on being female. They show vaginal discharge on her panties and it’s a radical taboo-breaker. The hashtag for the movie was #obviousovershare. 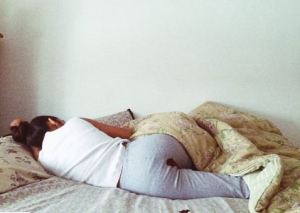 MacMillen: We are willing be explicit about pretty much everything but reproductive health. Recently the Artist Rupi Kaur posted a photo on Instragram of her with period blood on her sweatpants, and the internet exploded. It was presented in a very artistic way, but the picture still got removed. That backlash wasn’t about blood being gross — we love gory movies — but about the context, which was of a female refusing to see her own bodily functions as gross and owning her body and sexuality. That’s what’s scary to people.

Traditionally there have not been a lot of places for us to talk about what it’s like to own a female body. But now, thanks to social media, we don’t have to wait for media to do it. I think that’s very threatening. Too much autonomy for women is frightening. We’re not supposed to talk about what it’s like to be in these bodies. That is why there is so much trolling and backlash. Talking about our bodies bucks the convention, which means we get put down and slut-shamed.

Tarico: What did you get in the way of the positive reactions?

Macmillen: I received so many messages about women’s own stories! To me this was an indication that I wasn’t just giving information about myself. By talking about my experience I also was giving women permission to talk about themselves. Some wrote about the struggle they had with the insertion. Some loved Mirena. Some hated it. A guy wrote that his wife thought it was great, so there were male voices on the positive side as well. People are hungry to talk about this stuff and have it not be a big deal.

Opening this up creates a space in which—whatever your experience, it’s ok and you are ok, and you can speak up as well.

Macmillen: I would say to women, no matter what your experience there are thousands of people who are just like you going through the same things and having the same questions. Fifty one percent of bodies are female. Whenever you are struggling with an issue related to being in a female body, you are not alone. You can reach out to a friend or doctor or even go on Twitter like I did. I wish the isolation would disappear because it’s not necessary.

Seattle psychologist and writer. Author - Trusting Doubt; Deas and Other Imaginings.
View all posts by Valerie Tarico →
This entry was posted in Reproductive Health. Bookmark the permalink.

7 Responses to Are #ShoutYourAbortion and #HayleysIUD the Next Phase of the Sexual Revolution?