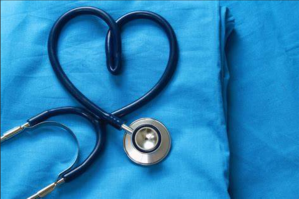 Raising two kind, curious daughters with my husband, Brian, has been the most meaningful, wonder-filled adventure of my life. That is why, on Mother’s Day, I find myself feeling profoundly grateful to the healthcare providers who made possible these twenty-five years of parenthood.

Friends and acquaintances know that I have called our elder daughter, Brynn, my abortion baby because she would not exist had I not received the gift of an abortion that let me end a wanted-but-infected pregnancy and start over. Brynn was conceived before that first pregnancy would have come to term; there is literally no way she could exist in the alternate history in which I carry it forward. Might a different person have grown from the unhealthy pregnancy I chose to abort? Yes, quite probably. But why would I want anyone but the beloved daughter I have? I once spoke about my abortion, and some people wrote to tell me how sad it made them that I ended that pregnancy. They couldn’t seem to grasp that they were telling me that they preferred a world in which B doesn’t exist—and they thought I should too.

As I have said before, the future is always in motion, and our choices, large and small, wink possible futures into and out of existence. In the alternate realities where I carry forward that first pregnancy, the one where Brynn doesn’t exist, her sister Marley doesn’t exist either, perhaps because we don’t have a second child because one born impaired by toxoplasmosis requires all of our parental energy—or perhaps, simply because our second child is simply genetically different. The odds are vanishingly small that the very same egg and sperm that formed the Marley blueprint would have met and fused in that alternate version of our world.

The two daughters I love, these two, are themselves lovers of life. Their sense of wonder and their triumphs and their good company have delighted me and my husband Brian through stages of development that span more than two decades. And so I am grateful to the kind Canadian doctor who, in a clinic room in Singapore 26 years ago, explained my diagnosis and gave us the option of ending that first pregnancy.

But that abortion care is just a small part of the healthcare that allowed Brynn and Marley to exist. Before that one doctor were others who prescribed pills that let me postpone pregnancy until we were ready, and before that came the one who did a pap smear and treated potential cervical cancer early, before it cost my ability to bear children.

They, in turn, received their torches from researchers who in decades past developed those pills and procedures. And I received mine from brave and desperate women who acted as guinea pigs during the early years before contraceptives and abortion care got refined to their modern high degree of safety and reliability. Some paid with their lives—though not nearly so many as died from unsought and unwanted pregnancy in generations past. Our foremothers were the lucky survivors.

In my own lineage I am, I think, the first who has had the freedom to choose whether and when she got pregnant, and beyond that which pregnancies to carry forward. Before my generation, pregnancies came early and often, usually unsought and sometimes unwanted. When I was in college I asked my tiny Italian grandmother why she had only three children. She gave me a surprised look, and, in her accented English, said, “because we used condoms!” Her own mother had borne six, only half of whom reached adulthood.

Even with those condoms, my grandmother’s third pregnancy was a late-in-life surprise—which shouldn’t be surprising. Condoms, which have changed little in almost a century, have a 1 in 6 annual pregnancy rate. That is better than 5 in 6 without, but still. My maternal grandmother faced the same surprise in her 40s: My mom was born two decades after her sister. Mom would comment later that her father had been delighted but her mother—well, her mother suffered low grade depression throughout Mom’s childhood, and let’s just say perhaps not.

Mom went on to give birth to six of her own, all diaphragm failures save the last, who was born of a spontaneous desire, not for another child but for sexual intimacy. My mother and father married in 1958, when he was an engineering student at Purdue and she a recent nursing graduate, lonely and far from her home in Colorado. When she became pregnant for the 2nd time in 18 months, Dad dropped out of school to work full time, and shortly thereafter Mom set aside her vocation as a nurse. Mom is now in her 80s, and when I helped her downsize, I found a turquoise box containing her old diaphragm accompanied by five tiny hospital bracelets, carefully snipped from newborn infants. Under the circumstances, Mom did an impressive job loving and raising us, but she paid a price in marital harmony and mental health—a price we all shared.

Thanks to modern reproductive healthcare, a bright line divides the quality of my life from the lives of my foremothers. That line seems most clear when I think about my daughters and their possible future experiences of intimacy and motherhood. Would I want for them what my mother had? No. Not children as the price of intimacy. Not abandoned dreams. Not years of white-knuckle parenting and conflict. Nor would I want her mother’s experience, nor that of my father’s mother, nor that of my great grandmother. But would I want for them what I have had? Yes. I would be grateful on their behalf, as I am for myself. To repurpose a phrase from Robert Frost: I have taken the road less travelled, the life of freely chosen motherhood—because I could—and that has made all the difference.

Valerie Tarico is a psychologist and writer in Seattle, Washington. She is the author of Trusting Doubt: A Former Evangelical Looks at Old Beliefs in a New Light and Deas and Other Imaginings.  Her articles about religion, reproductive health, and the role of women in society have been featured at sites including The Huffington Post, Salon, The Independent, Quillette, Free Inquiry, The Humanist, AlterNet, Raw Story, Grist, Jezebel, and the Institute for Ethics and Emerging Technologies.  Subscribe at ValerieTarico.com.