Seven Kinds of Magical Thinking That Even Skeptics Can’t Escape

Here you leave today and enter the world of yesterday, tomorrow, and fantasy.—Walt Disney 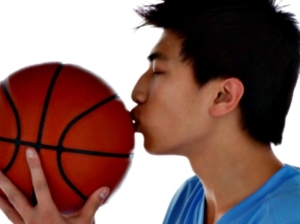 Magic takes us outside of reality, bending or annihilating the laws of physics and biology. Skeptics like to believe, when we enter this realm, that we are there by choice, knowingly drinking from the well of fantasy. This is often true, but it doesn’t tell the whole story. Some kinds of magical thinking are subconscious and largely involuntary. We sort-of believe even when we don’t. “There are many layers of belief,” says psychologist Carol Nemeroff. “And the answer for many people, especially with regard to magic, is, ‘Most of me doesn’t believe but some of me does.'”

Former Psychology Today editor Matthew Hutson, in his book The Seven Laws of Magical Thinking, discusses magical assumptions that flow naturally from the structure of human information processing—so naturally that they can trip up even the most vigilant skeptic. He summarizes these operating assumptions in a series of sentences: Objects carry essences. Symbols have power. Actions have distant consequences. The mind knows no bounds. The soul lives on. The world is alive. Everything happens for a reason.

You may recognize some of the following examples, especially if you had a religious childhood.

Contagion – Acting as if the essence of something spreads by contact. Perhaps because it is adaptive for us to pay attention to disease vectors, people often have a deep intuition that psychological or moral qualities can pass from one person to another via contact. Most people don’t want to own a shirt that belonged to a murderer or the house of a suicide victim; an old handkerchief that belonged to Gandhi, though, might be a treasure. The word “cooties” used to mean lice; now, among grade school children it is some form of distasteful social failing that passes from one child to another by touching.

In the Old Testament, a menstruating woman was both physically and spiritually unclean, and anyone who touched her, or sat where she had sat, also became unclean. On the other end of the spectrum, a woman draws spiritual power from Jesus by touching the hem of his robe. In the book of Acts, handkerchiefs and aprons that are brought “from Paul’s body” have his power to heal the sick (Acts 19: 11-12).

Similarity – Confounding images or symbols with whatever they represent. If people are throwing darts, they have more difficulty hitting a picture of a baby than a more neutral target. Scientists recently measured perspiration while experimental subjects cut up pictures of either neutral objects or cherished objects from their childhood. Not surprisingly, the latter caused more nervous sweating, perhaps because our brains can’t completely separate the image from the object.

Heaven forbid someone should throw out a Gideon’s Bible or burn a cheap copy of the Quran no matter how many millions are in print. Even apart from threats of violence by believers, many people feel deeply uncomfortable, like something bad could happen.

Superstitious ritual – Engaging in repeated behaviors to avert bad luck or bring good luck. Some modern rituals like crossing your fingers, knocking on wood, or rubbing a rabbit foot trace back to the Middle Ages. Others are highly idiosyncratic, like the athlete who insists on wearing his lucky number. Any behavior followed by a desired experience gets reinforced and is more likely to get repeated. Because many people find technology incomprehensible—akin to magic—technology often prompts superstitious rituals—blowing into game cartridges, shaking a phone whenever navigation freezes, pushing buttons extra-slow when the computer isn’t working as expected.

Religions are full of such rituals. Catholic Christians cross themselves with holy water as they enter and leave a church building. Children kneel beside their beds, clasp their hands just so, and chant “Now I lay me down to sleep.” Adherents of the prosperity gospel are told that filling offering baskets will make their remaining money multiply. And some report that it miraculously works.

Mind power – Seeking to control physical matter with thoughts or words alone. Does anyone you know wish friends luck, mutter over shaken dice, or send “thoughts and prayers” after a disaster? Some people readily admit a belief in telekinesis or telepathy. Most of us just live it a little.

In the beginning was the word, says the book of Genesis, and throughout the Bible words affect the physical world, calling down fire and food from heaven, bringing healing, pregnancy, wealth and death. Disappointing research on prayer has done little to shake Christian belief in the power of words to invoke or channel supernatural power. The largest prayer study to date spanned three years, six medical centers and thousands of prayers at a cost of 2.5 million dollars, only to find that heart attack patients who were prayed for did no better than control subjects. God, it would appear, operates at the margins of statistical significance if at all. But that hasn’t stopped faith healers from earning millions by facilitating miraculous healings.

Immortality – Denying or trying to avert the reality of death. Fantasy and science fiction allow us to play with the idea of immortality, but more seriously almost half of Americans believe in ghosts and far more believe in life after death. That includes almost a third of people who say they are not religious or even spiritual.

Animism – Treating inanimate objects as if they had thoughts and powers and could be morally good or bad. We modern secular types may not think trees and rocks have spirits, but we still talk to objects around us. Who hasn’t verbally coaxed an ailing houseplant or muttered, “Come on!” at a car that wouldn’t start or yelled at an intransigent computer?

In Genesis, humans are deceived by a talking serpent (who only later gets associated with the demi-god Satan). Jesus, in the New Testament books of Matthew and Mark, curses a fig tree that lacks fruit so that it withers and dies.

Synchronicity – Perceiving meaning in coincidences and rare events. “In life, pure coincidences are statistically common, so a remarkable day is one where no coincidences occur at all,” so tweeted physicist Neil deGrasse Tyson. But coincidence and the unexpected grab our attention and grip the imagination. When a rare event happens we often jump to concurrent or antecedent events to explain the “miraculous.”

Religious believers often see coincidences as miraculous—even something as basic as “Just as I drove up, someone pulled out!” Underestimating the normalcy of “rare” events is such a common pattern that I will come back to address it at length in the next segment.

These types of magical thinking come so naturally to us that fantasy writers use them to create stories that our minds will accept. Like the writer of Genesis, Ursula Le Guin in her beloved EarthSea trilogy taps our ready belief in the power of words:  “No man, no power, can bind the action of wizardry or still the words of power. For they are the very words of Making, and one who could silence them could unmake the world.”  Patrick Rothfuss, in The Name of the Wind, has one magician explain the magic of similarity: “The law of sympathy is one of the most basic parts of magic. It states that the more similar two objects are, the greater the sympathetic link. The greater the link, the more easily they influence each other.” Many others, needless to say, play with our yearning for immortality.

Besides providing the basis for satisfying stories, magical thinking has other benefits according to Hutson.

“Magical thinking provides a sense of control. The value of an illusory sense of control is that it reduces anxiety and increases a feeling of agency, which can spur you to seize real control. Second, magical thinking provides meaning. There’s meaning as in comprehension—understanding how things happen or how to do things—which allows for control. But there’s also meaning as in a sense of purpose—grasping why things happen or why anything is worth doing. This is the stuff that gets you out of bed in the morning and lets you sleep at night… These habits of mind guide us through the world every day. In very basic ways they provide a sense of control, of purpose, of connection, and of meaning, and without them we couldn’t function.” (pp. 239, 9)

These, it would seem, are some of the adaptive functions of Christian miracle stories. Fortunately for believers—and for us all—stories don’t have to be true to make our lives a little happier or more hopeful, to give us the feeling that we are part of something bigger and more powerful than our own vulnerable bodies and minds. Magic works even when we know it’s not real in part because of automatic processing and in part because our brains are remarkably good at getting us to suspend disbelief. Even when we watch or read fantasy, we mostly go along with the story, only occasionally being triggered by something that reminds us the whole thing is impossible. Unless we are actively erecting barriers against magical thinking—as when researchers apply the scientific method—magic wins.

(Like this? Read Part 4 or subscribe for Part 6 of this 7-part series. Up next is:  How Unusual Events Trick Us into Believing in Miracles )