Dr. Stephanie Page at the University of Washington talks about why male birth control matters.

Of course, guys can’t get pregnant, but common sense suggests that a partner’s surprise pregnancy can be a major life stressor with potential health and mental health impacts. An unexpected pregnancy can exaggerate relationship tensions that erupt into fights, breaking up, or even  physical aggression —especially if it leads to ill-timed or unwanted fatherhood. The bottom line is that men, as well as women and children, are most likely to flourish if they can decide whether or when to make a baby, and with whom. And this isn’t just a niche issue—it affects every man who has sex with women.

Each June, The Centers for Disease Control a “National Men’s Health Week” as a way of encouraging guys to take better care of themselves. Typically, pregnancy prevention is not even on the list, which instead emphasizes sleep, tobacco, food choices, and exercise. Why no mention of family planning during National Men’s Health Week? Well, for one thing the health and mental health effects of unexpected and unwanted pregnancy on men are less direct than effects on women. But the other reason is that options for helping guys prevent unwanted or ill-timed fatherhood—and related health risks—kind of stink.

Once a guy learns about condoms in, say, the 7th Grade, doctors have little more to offer until he is ready for a vasectomy later in life. Health care providers can offer a young woman a state-of-the-art IUD or implant that drops her risk of unwanted pregnancy to near zero. But the only thing they can offer a young man is advice: talk to your woman about what she’s using, and keep rolling on those rubbers. As a consequence, the typical young man rarely if ever gets asked whether and when he might like to become a dad, or what he might like to do before then, or what kind of parenting partnership he envisions, or how he would feel if he got that “‘I think I’m late’ text.”

Part of the reason doctors avoid the topic is because condoms aren’t great at preventing unwanted pregnancy. Each year, one in six couples relying on condoms will end up with two pink lines they weren’t really looking for. And once a woman’s pregnant, the final decision rests with her. See why many doctors would rather not ask about what guys really want? 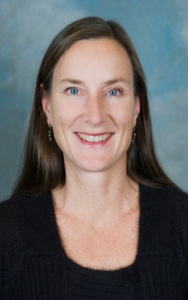 Dr. Stephanie Page is an endocrinologist at the University of Washington who would like to see that change. Page works with her mentor, Dr. Bill Bremner, and other researchers to develop safe, reliable, reversible birth control for men. In the following interview, Page talks about their work and her view on why male birth control matters:

Tarico: What do people say when you tell them you’re working on birth control for men?

Page: Most people give me a high five. Women are incredibly excited about this idea because many would love to be able to share that responsibility with their partners. When I talk to people from all socioeconomic backgrounds— both men and women—they are thrilled and really feel that there is an unmet need. The universal reaction is, “It’s about time!”

Tarico: And it sounds like you feel the same way: It’s about time!

Page: Definitely! Half of people are male, so if we think about it men are 50 percent of the game in contraception and they have very limited options. So there is a huge avenue to change how people think about this. But right now, condoms are the only reliably reversible method for men. That’s a huge void for half of the population.

Tarico: But we have such great options for women at this point. The implant has a 1 in 2000 annual pregnancy rate and 85 percent of women who get it like it. There must be people who say, “Why bother?” Why not just help get the best modern methods to women who want them?

Page: Well, some women can’t use a long acting contraceptive because of other aspects of their health; or maybe they just don’t like them. In that case, a male option could be what works best for a couple. But this isn’t just about men taking the burden off of women.

An unexpected pregnancy or fatherhood has huge economic and emotional consequences for a man. Financial responsibility for children from unintended pregnancies, even if they are loved after the fact, can be overwhelming.

At the aggregate level, unwanted pregnancy drives population pressures and resource scarcities that affect everyone on the globe, half of whom are men.

Also, if there is a pregnancy, the man doesn’t have control over the outcome, so men can end up being fathers when they feel strongly that they aren’t ready. I can think of people I know who became fathers from pregnancies that they wouldn’t have chosen. Some have limited interaction with the mother and some work together more closely; either way it can be fraught with all kinds of issues.

More broadly, our culture has changed. Men now want to have more options for controlling their own fertility. The notion that a man’s manliness is represented by how many children he fathers is gone in a lot of societies. Men want to choose how many children they father, and they want to be more involved with the children they do have.

Tarico: Tell me about the research team, the folks who are trying to make this happen—better birth control for men.

Page: At the University of Washington, we are about six faculty investigators, plus trainees in endocrinology and laboratory /research staff—so about 15 of us in a core group who dedicate time to male contraceptive technology research. And then we collaborate with other researchers who have related interests, both at the University of Washington and other research institutions. Together with investigators at UCLA we test new compounds and delivery systems for men, everything from single doses of new agents evaluated for safety, to multi-center studies with couples using male methods as their only contraception.

There are two areas of research. One is based on hormonal methods that are parallel to some of the female methods available. Another cluster of methods interferes with how sperm develop or how they swim, but that don’t depend on hormones. But we all work together, which is why the University of WA is a center for male contraceptive development—because both avenues are being pursued.

Tarico: Which is your part?

Page: I work on reversible hormonal contraception for men. Part of that means working to understand possible side effects so that we can avoid them as much as possible. The compounds we are testing are derivatives of testosterone—modified slightly with the goal of having a more specific effect. Sometimes they are taken orally, or used as a topical gel, or as a longer acting injection.

Page: We’re making progress! Starting around February of 2017, there is going to be an international trial. This trial will take place at nine different sites around the world including Chili, Italy, Sweden, the UK, the US and Kenya. It will take us about three years before we have the final information back, but I’m optimistic.

There have been previous trials of male hormonal contraception in couples. They work well to prevent pregnancy and don’t have a lot of side effects. All of them to date have utilized drugs that are delivered in a clinic. This will be the first self-delivered method, meaning that the man is responsible for applying it every day.

Tarico: How does it work?

Page: It’s a topical gel, and men will be putting it on themselves. They are men in partnerships, and their female partner has also chosen to be in the study. Skeptics say men just won’t do it, but I don’t believe that. People are people, and they are invested in getting to decide about pregnancy—about their lives. That said, rather than daily gel, I think there may be additional methods that are more effective for some couples in the long run, for example a slow-release patch. Some other compounds might work as a daily pill or a long acting injectable. Men, and women too, give themselves injections, so it’s possible that we could do that as a self-delivery as well. That would really expand availability.

Tarico: I understand that you have a teenage son. Do you think about him and his friends as you do this work? And what do you say to him in the meantime?

Page: I didn’t get into this research because of him, but I do think about it. I wish we could have some of the conversations that I anticipate having with my daughter: Here’s what could happen and here are all of your great options.

But there’s not a lot to suggest except abstinence—which is a message that doesn’t really translate that well into behavior—and condoms. We all know that condoms are poor contraceptives with high failure rates. They are good at preventing STDs, but they are poor contraceptives. They certainly aren’t comparable to LARCs or even the pill, so I talk to my son about female controlled methods. And of course I will encourage him to have partner conversations. The one good thing about having these conversations is that it brings a level of intimacy to the relationship; it communicates caring about the other person. But part of responsibility is taking personal actions. It would be nice to have the option of a long acting contraceptive for young men.

It’s not just me. Fellow parents of boys have brought up that it would be nice to be able to introduce these choices to their sons. They are concerned about the outcomes for their sons, and their son’s female partner, if there is an unwanted or premature pregnancy. There is a consequence for the whole family if a boy fathers a pregnancy that leads to the birth of a child before he is ready.