When Your Therapist Tries to Save Your Soul 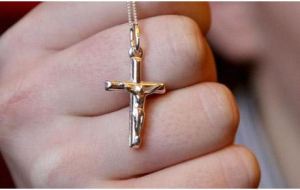 Don’t want a therapist who thinks the solution to your depression is Jesus? Here’s some advice from clinical psychologist, Dr. Caleb Lack.

More Americans than ever are leaving their religion. Many find the process liberating, but it also can bring social and emotional challenges. A husband and wife may find themselves unexpectedly on opposite sides of the faith divide, struggling with what to tell their children. A college student may hide her doubts at home for fear of being cut off emotionally or financially, and then feel like she is living a lie.

But trying to get help sorting things out can bring challenges of its own, like ending up with a therapist who thinks that the way to solve your problems is by returning to your old religion—or hers.

Clinical psychologist, Caleb Lack, is the director of the Secular Therapist Project. I asked him to talk about his experiences and how people who are questioning or leaving their faith can find support or mental health services that fit.

Valerie Tarico: I should start by asking you about the Secular Therapist Project. What is it?

Caleb Lack: The Secular Therapist Project was founded by Psychologist, Darryl Ray, in 2012 as part of Recovering from Religion. One thing religion does well is build community. It provides financial support, emotional support, and coping resources—and people who question or leave faith can feel isolated. Organizations like Recovering from Religion make sure people don’t just drop off the face of the earth. They say, there are other people out there who empathize with you, who share your story, who want to help you come through this and be a stronger person on the other side.

The STP specifically is focused on helping connect those who are nonreligious and seeking mental health services with secular, licensed, evidence-based professionals.

Tarico: What prompted you to get involved?

Lack: I’m a clinical psychologist specializing in evidenced-based treatment of emotional or behavioral problems. Being trained this way really helped me to see that we as a species need more questioning of our particular beliefs–just in general and, specifically, for those suffering from mental illness—and strengthen my commitment to scientific skepticism.

Luckily, unlike many people, I’m in a position where I can be open about my secular nature. This combination of being a mental health professional and a nontheist has led a lot of people to share with me negative experiences they have had when they sought treatment for mental health problems. These negative stories had two common themes. First, people weren’t necessarily getting the gold standards of care and treatment. Second, a disturbing number of people were being evangelized by the very professionals they turned to for help.

Lack: Yes, seriously. A lady contacted me seeking a therapist to help with stress and depression. She had gone for an intake at her Community Mental Health Center—this is a public clinic—and the intake worker told her that if she would only accept Jesus into her life, then her problems would be solved. The client was told that she needed to stop thinking so much and trust faith—and her depression would go away. She was just trying to get help and she was being evangelized by someone who didn’t know her. She hadn’t even seen this person for 20 minutes yet!

Tarico: Ok, that’s egregious. And maybe I’m naïve because I live in Seattle, but something like that must be incredibly rare.

Lack: Sadly, I hear stories like that regularly, which is why, when I learned about the Secular Therapist Project back in 2012, I thought, “Yes, this is what we need.” For example, as a college professor, I am in contact with a large number of young folks. As you are aware there is a huge shift among young people, and large numbers are leaving religion.

Not long ago, I was approached by a young man who had come to the conclusion that he was no longer religious. His mother and father were very involved in the church, so he wanted to talk with someone about the family struggle and he scheduled a meeting with a therapist. When he arrived at the office, she was wearing a large cross necklace and had religious icons on the wall, and once he started explaining why he had come, she went into evangelical mode—questioning him about why did he lose his faith and saying here is what you need to do to get it back. She essentially told this poor young man that being nonreligious was the problem. All of this was completely unethical, of course, and he was totally put off therapy. He asked me, “Is this going to happen everywhere?”

Now, the majority of therapists who are religious don’t act that way. They practice ethically and don’t let their personal beliefs intrude into the therapeutic relationship. But a large enough number do, which is why there is a need for the Secular Therapist Project.

Tarico: You make dozens of referrals per month for people seeking secular, evidence

based therapy. Are there themes in terms of what people need?

Lack: People often need help with the transition from being religious to being nonreligious. “How do I come to grips with the fact that for 10 or 20 or 50 years I lived in this particular way and now I realize it wasn’t true?” We see a lot of people that are very angry, especially after being within a highly fundamentalist background where they were—maybe abused is a strong word—but told they were going to hell if they didn’t do things correctly, or told they were a bad person because of their sexuality.

There’s lots of sadness too, because it’s a loss, it’s a grieving process for many people. There’s a reason people use the term “I lost my faith.” Often they lose the community they’ve been in for decades and they don’t know if another community even exists. They say, “I miss my church family.” “I miss the people I used to hang out with, who now shun me.” “I miss the comforting fallback of being able to pray and tell God my worries.”

So there’s lots of grief and anger and also lots of relational issues. Picture, for example, a wife who has become an atheist while her husband is still in the church.

Tarico: What do you say to people trying to live in a mixed marriage?

Lack: Sometimes it works; sometimes it doesn’t. Even when people care about each other enough that they still want to be together, it presents some unique challenges. You have to come to some kind of decision about parenting. What are we going to tell the kids about holidays like Christmas? Then there’s social life. If the wife is going to church does the husband get to be open about his nonbelief or will she be shunned? There are lots of minefields to be navigated. Last year, Dale McGowan came out with a great book for couples in this situation called In Faith and in Doubt. I often recommend it to those in mixed marriages.

Tarico: Books can be great tools for healing. McGowan wrote a great book about secular parenting as well, and Greta Christina has one called, Why are You Atheists So Angry? I’ve given away more copies than I can count of Marlene Winell’s book, Leaving the Fold, and Chris Johnson’s book, A Better Life, which is about finding joy and meaning in a world without gods. My interview with Winell about the pattern she dubbed religious trauma syndrome is one of the most trafficked articles at my website. But if someone needs more than a book, how can they get a referral to the Secular Therapist Project?

Lack: Seculartherapy.org has two giant buttons, “Click here to find a therapist. Click here to register as a therapist.” You can search geographically after you register, although some of our folks do engage in distance counseling as well. It’s anonymous up front, so you don’t see the name of the therapist you are messaging with until you are both comfortable doing so. We do that because of continued stigma against people who are nonreligious. Many of our therapists would, unfortunately, face discrimination and likely lose clients if they were openly secular. To date, almost 7,500 clients and about 250 therapists have registered on the site. That’s a bit of a size mismatch, so I encourage people to spread the word that we need more therapists on there!

Tarico: So if nobody on your list is available, how can a person screen a therapist so that they don’t end up getting evangelized once they walk through the door? Nobody needs that.

Lack: First, seek out someone who practices evidence-based psychology—those things that have been shown to work through controlled clinical trials and research:

Then, to make sure that your therapist doesn’t attempt to push their own personal values, you can say over the phone that you are nonreligious and are looking for a therapist who is comfortable with that.

Another option is to reach out to your local secular community and ask for recommendations. In my experience the secular community is very supportive of seeking mental health services, especially for people who are struggling with leaving religion. You could even try to connect through a local branch of Recovering from Religion’s support groups.

Tarico: Assuming the worst case, what can a client do if a therapist pushes their own values or religion?

Lack: You can give them a warning by saying that is offensive, that it makes you uncomfortable, or that it doesn’t work for you. If it happens again, let them know that you will be reporting them to the state licensing board. That is an entirely appropriate thing to do. Our state boards are usually good about acknowledging those kinds of ethical breaches.

Tarico: What a rough situation to be in as a client, though. After hearing the painful stories, it must be gratifying to help people find a different kind of experience.

Lack: As a mental health professional who has spent the last 10 years training mental health professionals to be ethical, competent providers, when I hear the stories like I talked about earlier, I get angry. Imagine being homosexual and growing up in a Southern Baptist household where you are told you are going to hell, or being trans and kicked out of your family, and then seeking help and someone telling you to pray away the depression. It’s a complete betrayal of trust. A therapist is supposed to create a nonjudgmental safe space.

For someone leaving their faith to get hit with that betrayal is unacceptable. Whether it’s a life transition or a mental illness like OCD or psychosis, people should be able to get the treatment they deserve without someone preaching at them and making them feel like there’s something wrong with them because they are not theistic.

Once a person has had one of these bad experiences, it’s incredibly rewarding to see them get the help they need. To see them actually get better and enjoy their life to a greater degree. That is why I do what I do.

Caleb W. Lack, Ph.D. is a clinical psychologist and associate professor of psychology at the University of Central Oklahoma. He blogs at Great Plains Skeptic.

12 Responses to When Your Therapist Tries to Save Your Soul