Does Religion Cause More Harm than Good? Brits Say Yes. Here’s Why They May be Right. 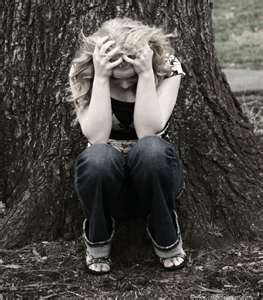 Most British people think religion causes more harm than good according to a survey commissioned by the Huffington Post. Surprisingly, even among those who describe themselves as “very religious” 20 percent say that religion is harmful to society. For that we can probably thank the internet, which broadcasts everything from Isis beheadings, to stories about Catholic hospitals denying care to miscarrying women, to lists of wild and weird religious beliefs, to articles about psychological harms from Bible-believing Christianity.

In 2010, sociologist Phil Zuckerman published Society Without God: What the Least Religious Nations Can Tell Us About Contentment. Zuckerman lined up evidence that the least religious societies also tend to be the most peaceful, prosperous and equitable, with public policies that help people to flourish while decreasing both desperation and economic gluttony.

We can debate whether prosperity and peace lead people to be less religious or vice versa. Indeed evidence supports the view that religion thrives on existential anxiety. But even if this is the case, there’s good reason to suspect that the connection between religion and malfunctioning societies goes both ways. It may be hard to measure whether net-net religion does more harm than good, but here are six ways we know that religions make peaceful prosperity harder to achieve.

Until recently, most people have believed that religion does more good than harm. Even many who personally identified as not-very-religious thought of “faith” as benign—an inspiration for social service, a source of good moral values, a comfort. And indeed, religion can be all of these. But 911 changed the landscape permanently. Our childlike and unquestioning faith in faith was shattered. The ever ugly presence of the Christian Right and militant Islam have further wedged open a Pandora’s box of questions that religious authorities may have trouble closing down, though most certainly they will try.

Valerie Tarico is a psychologist and writer in Seattle, Washington. She is the author of Trusting Doubt: A Former Evangelical Looks at Old Beliefs in a New Light and Deas and Other Imaginings, and the founder of www.WisdomCommons.org. Her articles about religion, reproductive health, and the role of women in society have been featured at sites including AlterNet, Salon, the Huffington Post, Grist, and Jezebel. Subscribe at ValerieTarico.com.

Related:
Why Good Christians do Bad Things to Win Converts
15 Bible Texts Reveal Why “God’s Own Party” is at War with Women
Why Bible Believers Have a Hard Time Getting Child Protection Right

Seattle psychologist and writer. Author - Trusting Doubt; Deas and Other Imaginings.
View all posts by Valerie Tarico →
This entry was posted in Christianity in the Public Square. Bookmark the permalink.

30 Responses to Does Religion Cause More Harm than Good? Brits Say Yes. Here’s Why They May be Right.