In 2008, Hana Williams was adopted from an orphanage in Ethiopia and brought to the United States where she died at the hands of her Bible-believing American parents. Their notion of Christian discipline required breaking her will, a remarkably common belief among conservative Evangelicals. To that end, they frequently beat her, shut her in a closet, and denied her meals. Ultimately, she was left outside where she died of hypothermia exacerbated by malnutrition. They were convicted of manslaughter this month.

In carrying out their obsession with child obedience, Hana’s adoptive parents drew tips from Tennessee preacher Michael Pearl, whose spare-the-rod-spoil-the-child book, To Train Up a Child, has been found now in three homes of Christian parents who killed their adopted children. The title comes from a stanza in the book of Proverbs: Train up a child in the way he should go, and when he is old he will not depart from it. 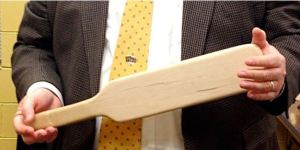 M. Dolon Hickmon is the author of an upcoming novel called 13:24 that includes religiously motivated abuse. Hickmon was raised by parents who subscribed to this kind of discipline, and he speaks first-hand about deep and long-lasting scars from Bible-based childrearing. Hickmon left his 6,000 member megachurch after a pastor seized on Father’s Day as a prime occasion to teach the congregation how to shape and sand wooden spanking paddles. For Hickmon, the sermon triggered memories of the beatings he had suffered as a child—administered by Christian parents and justified by biblical teachings.

While struggling to hold together his faith, Hickmon sent a letter soliciting advice from an online ministry run by the authors of a popular Evangelical parenting manual. He wrote as if he were a father experiencing marital conflict because his wife interfered when he hit their terrified, screaming six-year-old. In reality, Hickmon was describing his own childhood experience. (You can read his letter, which is full of intentional red flags, here.) The response: Your wife is at fault in coming to your son’s defense. Your son uses her. Either she stays out of the way, or you will have to stop being a real Dad. Such is the power of biblical literalism.

Mercifully, secular courts don’t agree that inflicting physical wounds is an acceptable part of parenting. Hana’s parents will be sentenced in October. Their seven biological children and adopted son—they had also adopted a boy from Ethiopia ironically named Immanuel, meaning “God is with us”— are now safe from their abuse. It is noteworthy, though, that as in the case of the Yemeni child brides, American children are being made safer by secular institutions, not adherence to ancient texts and traditions.

Child protections have become established in most countries, and conversations about child-friendly religion are gaining ground. Even so, a growing number of children are subject to patriarchal groups that take parenting priorities from the Iron Age. Evangelical Christians, fearing that their religion is losing ground, have ramped up recruiting activities targeting high school and college students but also young children. Their tool bag includes afternoon club programs and enticing camps. Some churches, like that of TV’s Duggar family, promote a high birth rate, adding young sheep to the fold the old fashioned way. Many churches encourage members—even those who already have numerous children—to adopt.

Kathryn Joyce’s book, The Child Catchers: Rescue, Trafficking, and the New Gospel of Adoption exposes Evangelical ministries that have resorted to even lies and bribes to pursue their mission of getting children into good Christian homes. A more common criticism is that Evangelical adoption priorities fuel construction of aid-dependent orphanages rather than addressing the underlying systemic issues that cause maternal destitution and death, leaving children parentless.

Many Evangelical families provide a balance of love and structure and moderate discipline that helps kids thrive. But even well intentioned and loving parents can be thrown off by a church or books that hold up spare the rod, spoil the child as advice from God. 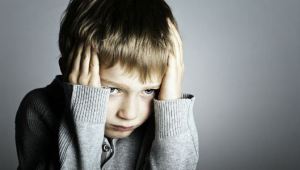 When parenting practices derive literally from the Iron Age texts of Bible, the price can be enormous.

As a child, M. Dolon Hickmon collected bits he’d heard in sermons and adult conversations, trying to understand his fear and hurt. Ultimately he decided the fault lay in himself:

Here are the messages I gleaned from the church of my childhood: that beating children is acceptable—good for them, in fact; bruises and welts are of little consequence; that fear is desirable, as is pained screaming and broken sobbing. I’d heard that kids were to be whipped for the least act of disobedience, with belts and sticks and plastic racecar tracks; on bare skin, and as often as an adult thought was necessary.

A child abuser, on the other hand, is someone who doesn’t love you. A parent who never gives hugs because he is angry all the time. A child abuser is a drinker, a druggie, or at best some kind of wild animal. An abuser has no reasons or explanations. He just burns kids with cigarettes and gives them broken arms.

My abuser loved me and hugged me, and he overflowed with explanations. I once got an hour-long lesson on disobedience for leaving a crayon on the floor. While the belt clapped with the measured rhythms of chopping firewood, I struggled to commit verses to memory and to answer quizzes on the metaphysical meanings of the word honor in scripture. . . .

I tolerated being degraded, because that was what I thought a Christian child was supposed to do.

Children generally have a hard time protecting themselves from abusive caregivers. Children who are made to believe that God is on the side of the abuser and that they deserve to suffer are all the more unable to fend off physical and psychological wounds. To quote Pat Benetar’s song “Hell is for Children,” love and pain become one and the same in the eyes of a wounded child.

As of late, critics have been raising awareness of the link between certain kinds of religious parenting and abuse. Janet Heimlich, author of Breaking Their Will: Shedding Light on Religious Child Maltreatment, recently founded the Child-Friendly Faith Project, a national nonprofit organization that educates the public about the impact that religious, spiritual, and cultural beliefs and practices have on children.

We now know a great deal about how children flourish and how adults can manage parent-child conflict for positive outcomes. Psychologist Laura Kastner distilled two decades of parenting research into seven basic principles, which provide the structure for her book, Wise-Minded Parenting. When asked to comment on recent tragedies, Kastner suggested that we may have learned a thing or two in the millennia since our sacred texts were written:

Our growing knowledge of child development tells us that authoritative parenting grounded in mutual respect works better in the long run than threats and force. It is a shame that factions among us still support the use of the “rod” when we have abundant evidence that non-violent parental strengths are the key to building success and character.

Tragedies like the death of Hana Williams prompt soul searching. For example, the case has prompted calls for adoption reform. But what shape should reforms take? We cannot exclude prospective parents on the basis of their religious affiliation, nor should we. Many adoptive parents are inspired by their faith to step up and do the hard sustained work of loving and raising orphaned children despite their special needs and challenges.

And yet beliefs matter. They can override compassion and common sense, as Hickmon’s experience so clearly shows. Encircled by like-minded believers, parents and children may get little exposure to outside parenting practices. This means that religious leaders have tremendous power to either cause suffering or to help families develop skills that are grounded in a genuine understanding of child development. As we collectively muddle our way toward a better future, we need to engage in a thoughtful, complicated conversation about parental power and children’s wellbeing, and the positive and negative roles religion can play in finding a balance that helps kids flourish.