Can Legal Weed Save Pizza and Ice Cream Parlors? 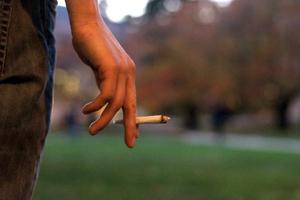 Pizzerias, chocolatiers, ice cream parlors and other vendors of high cal, high carb foods have been facing a quiet crisis that could reach epidemic proportions in next few years: More and more women are choosing not to have a monthly cycle.  No public statistics are available on the economics of menstrual munchies, but even a quick search on the term would be enough to convince your average industry analyst:  When it comes to keeping snack food producers in the black, women “in the red” have been more than pulling their weight.

According to trickle-down economic theory, and in fact according to most growth advocates, any kind of consumption:  whether it’s econo-sized bags of chips or Ben & Jerry’s in pints is an unmitigated good.  But at least one stream of sweet, salty, rich economic goodness may be evaporating.

Twelve years ago, Malcolm Gladwell wrote a New Yorker article titled “John Rock’s Error” that made a few ripples and then faded away. In it, Gladwell lined up evidence that there isn’t and never has been a medical reason for women on hormonal contraception to bleed every month. He cited research suggesting that the modern pattern–almost four hundred menstrual cycles over a lifetime– is not the historical norm and has some real health downside. Ever since the advent of the pill, there have been women who used it to manage problem periods and doctors who advised that some simply throw away the placebo week.

Then, three years ago, the FDA approved an IUD to reduce bleeding by an average of 90% without everyday pill popping. Now rings and shots also are being marketed as bleed-free options for females who can’t remember every-day pills. (Male or female, who can?)  “No need to bleed” may be reaching a viral tipping point, which could be a tragedy for a jobs sector that spans from small family businesses like Dago Dan’s Pizza, where I got my first paycheck, to such icons of corporate America as Frito-Lay and Hershey’s.

One husband, Humanist podcast producer Rich Lyons, noticed an article on the topic and publically flagged it on Facebook for his wife: “I hope Deanna Joy looks into this….” She responded with surprising aplomb: “Thanks, darling, I will! I turn completely insane once a month. And crave pizza. And ice cream.” Their online exchange illustrates how very open the conversation has become. It also raises concerns for another jobs sector that has been a source of middle class livelihood for me in the past: family mental health. Marital conflict tends to be cyclical for a variety of reasons, hormones being just one. But since men are hormonal from adolescence on, steady state, any hormonal contribution to conflict relies largely on females. With pregnancy rates (and related mood swings) dropping, the monthly cycle could be thought of as an industry mainstay.

But the monthly cycle is up against some heavy hitters: pop culture blogs like Jezebel and social media like Tumblr (I hate periods). Seeing the trend, Gladwell re-issued his ground-breaker in his latest book, What the Dog Saw. The economic implications are broad. Whether you believe in trickle down or middle out economics, economists agree that when activity dries up in one sector it affects others. My friend Darcy is part of a small cottage industry in handmade boutique chocolates. “My chocolate-making money is my travel money!” she says. “It never occurred to me that by getting an IUD and telling all my friends about it I might be indirectly undermining my ability to sell chocolate and save up for really great vacations!”

Fortunately, Darcy lives in Seattle, where recreational marijuana use became legal as of December 6. The effects of legalization on use are as yet unclear, as both regulatory processes and social effects will emerge in coming months.  Some factors suggest that carb and fat producers like Darcy might see a boost in sales; others not.  Among young adults in Washington State, weed is already so widely available that legalization is thought unlikely to increase recreational use much.

Until other states move in the same direction, marijuana tourism may boost economic activity. In Portugal, where all drugs were decriminalized in 2001, economic benefits have come primarily from reduced rates of addiction, rather than from tourism, but legalization is different from decriminalization. Also, Washington State has the added bonus of simultaneously legalizing marijuana and gay marriage, and many businesses are counting on a bump in activity due to marriage tourism. In an article titled, “Wedded bliss may bring joy to many businesses,” the Seattle Times rattled them off: hotels, bakeries, florists, salons, photographers, limo drivers . . . . Perhaps a little marijuana at the bachelor and bachelorette parties might help add pizza deliverers and makers of hand-dipped chocolates to the list.

At this point, all that is known for sure is that spirits are high and the mood is optimistic. At midnight on the sixth, while gay couples waited in line for marriage licenses, legalization supporters gathered at the Space Needle and celebrated by lighting up. If anyone in the crowd had PMS, it was forgotten for the moment, pushed aside by the playful press of people who look forward to living a little more as they see fit. “I feel like a kid in a candy store,” said one. At the stroke of the clock a cheer and cloud of smoke went up. Did the happy tokers stop to buy treats on the way home? We can only hope!

This article first appeared at Crosscut.com