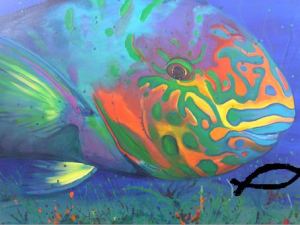 With marriage equality battles in front of the voters in four states, the faithful are out in flocks to defend traditional matrimony.  I don’t know exactly what traditional means in this context. It certainly doesn’t mean biblical, or it would include captive virgins and sex slaves and fathering children for your deceased brothers. It certainly doesn’t mean Mitt Romney’s version of traditional, since his great grandfather had five wives and his great-great grandfather had twelve.

But whatever.  I hope they fight tooth and nail and keep fighting until they are so old that their teeth and nails fall out. The battles are expensive, but they are worth every penny. Why? Because of all the nasty things that religion is doing in our country, beating up on gays is one of the most visibly nasty, especially to the young people who will be shaping our future. Teenagers, even many Christian teenagers, look at it, and it makes no sense. It just looks ugly. So bad, in fact, that Christian homophobia may have the power to take down the whole ugly edifice of tribal text worship that has had Western culture in its grip for the last 500 years, also known as bibliolatry. Fundamentalists fear that homosexuality is going to do in their enterprise. I hope and pray to the universe that homophobia does.

To some extent, religion is big business, and when it comes to gay marriage Big Christianity has hired some of the best political ad consultants around. They are sophisticated; they have won at the ballot box 32 times in a row. But every time they win and force us to have this conversation one more time, they advance one of my causes, which is to expose the toxic consequences of biblical thinking.

At best the anti-gay ads are arrogant and othering; at worst, they are plain old mean. They insinuate between pop songs that nice gay people who have the legal protection of civil unions shouldn’t want the stuff that feels special to the rest of us. They remind anxious queer-ish, questioning teens that a whole bunch of people think they really ought to fit the gender binary. They suggest that the pigtailed kindergartener in your daughter’s class should keep her two beloved mommies a little secret. They imply that your neighbor, friend or brother is a moral question mark who shouldn’t be around your kids or maybe even his own.

Sermons and pastoral pronouncements can be even worse.  Mega-church minister Ken Hutcherson, who has railed against effeminate men, once joked to his congregation that if a man opened a door for him he would “rip off his arm and beat him with the wet end.” More recently he warned that if marriage equality becomes the law of the land, “you can marry a horse.”  Seattle’s Catholic Archbishop Peter Sartain pronounced that marriage “would be harmed beyond repair” if equality passed. Hutcherson was trying to elicit disgust (and laughter) among believers, but men of the cloth like Hutcheron and Sartain are actually stirring disgust among a lot of other people—and not against gays. When it comes to sexual matters, whether the topic be pedophilia, contraception, celibacy, masturbation, or orientation, fewer and fewer people think of the authoritarian Church as father- knows-best.

There are lots of important reasons to loathe and to fight against Iron Age thinking, as transmitted through over-valued ancient texts, and encrusted institutions and social communities built on both. Thanks in large part to the Church, women around the world are dying, literally, for lack of contraceptive access when what they really want is to “bring every good thing to one child before I have another.” Here at home, poor women are stuck with 1960’s Pill technology that they can buy on the cheap at Walmart while the Righteous oppose the kind of coverage that would give them genuinely modern options. The sacred web of life on our planet is being strained to the point of collapse while religions that are stuck in the past preach “be fruitful and multiply” and other forms of competitive breeding. Creationist contortionists have committed themselves to taking down the edifice of evolutionary biology—putting the next generation of scientific education and engineering, medicine and biotechnology at risk—rather than question their inerrant Bible. Their assault on science has undermined our ability to tackle the greatest moral challenge of our time, climate change, and extreme weather is hitting vulnerable communities in America and elsewhere. Meanwhile, as the Middle East dances at the edge of catastrophic conflict, close to half of Americans shrug their shoulders because of something an unknown author on the apocalyptic equivalent of crack wrote about the Roman Empire.

But each of these issues, for one reason or another, is harder than gay bashing to hang around the neck of Conservative Christians like the great rotting, stinking albatross it is. The linkage is less direct or more convoluted, or simply less visible. Some of these problems—like maternal mortality or the ever growing number of hungry children or the ever shrinking number of even hungrier animals—are complicated. Religious fundamentalism is mixed with a host of other causal factors, and the solutions are even more tangled. Some problems, like shoddy creationist textbooks and shiny creationist museums, are isolated in specific communities and so seem not to touch us, even though in the end they do.

Gay rights, though, is everywhere, because gay people are everywhere. They surprise us as Honey Boo Boo’s Uncle Poodle or Dick Cheney’s daughter, Mary, who, by the way, got married this fall. They show up as my best friend, Meilin, at Wheaton College (the Illinois one of Billy Graham fame) or as my little brother, David, or as the beloved but wildly effeminate son of a Mormon client who would rather stop loving her religion than stop loving her child. They show up as your neighbor or niece or even your grandmother, if you are only listening.  Sexual orientation has no regard for politics, social class, or religion.

So, the conflict between religion and reality is clear, it’s all around us, it’s non-negotiable, and it has a simple solution: either the men in red velvet and their Protestant offspring shut up about our brothers and sisters and children and friends being abominations—or we stop listening. Simple. Solution. So far they haven’t shut up. I happen to think that has been a gift, in a twisted sort of way. That is because, in a world where Bible believers indulge in queer-baiting, gay-hating or even the thinly veiled bullying they call “defending marriage,” being or loving someone queer has more power to boot people out of biblical fundamentalism than anything else I’ve seen.

I get kind of scared about what will happen when we finally win this fight, which, given the trend lines, is just a matter of a decade or two. What if gay folks actually do get on with the Gay Agenda: getting married and raising kids and joining the military? Then the Conservative Christians can turn their full fury on the rest of us.  People like me who were born with vaginas and want to manage our fertility, or kids who wanted the biotech jobs of the future that might involve, say, germ line modifications (aka evolution), or polar bear mamas who really really need science-driven humans to slow global warming may be s-o-l. Smart, determined gay leaders have spent the last thirty years figuring out how to fight against the rear guard of the Iron Age, and they’ve gotten damn good at it.

Let’s face it, they also tend to represent some of the coolest people in the progressive movement. If they go home, who will be left? Nerd girls? Scientists? Polar bears? How are we going to keep young people voting for secular, pluralistic, pragmatists, if Lady Gaga and the It Gets Better guys are home cooking dinner for kids in diapers between gigs? To frame it even more concretely: How will we ever again find a smackdown of biblical literalism that is as awesome as the Dr. Laura letter?

My daughters, who passionately love their gay uncles and aunts and queer friends, volunteered for the marriage equality campaign in Washington State. One night, curious, they pulled up some ads from the California fight and listened with mounting incredulity to the horrible things that were going to happen if California gays started tying the knot. One threat was this: “Those who oppose same sex marriage on religious grounds will be increasingly labeled as intolerant.” Both girls burst out laughing.

I hope those Defense of Marriage guys keep fighting until their fangs and claws have worn down to harmless nubs and all of us can simply go home and curl up with someone we love.   ———

Valerie Tarico is a psychologist and writer in Seattle, Washington.  She is the author of Trusting Doubt: A Former Evangelical Looks at Old Beliefs in a New Light and Deas and Other Imaginings, and the founder of www.WisdomCommons.org.  Subscribe to her articles at Awaypoint.Wordpress.com.

Related:
Fifteen Bible Verses Reveal Why God’s Own Party is at War With Women
What the Bible Says About Rape and Rape Babies
Proud Mom of Two Teenage Sluts
Righteous Abortion:  How Conservative Christianity Promotes What It Claims to Hate
Captive Virgins, Polygamy, Sex Slaves: What Marriage Would Look Like if We Actually Followed the Bible