I Don’t Believe in a God – What Should I Call Myself? 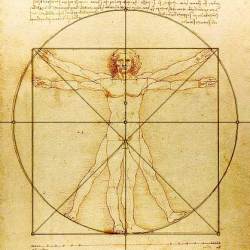 Catholic, Born-Again, Reformed, Jew, Muslim, Shiite, Sunni, Hindu, Sikh, Buddhist . . . .  Religions give people labels. The downside can be tribalism, an assumption that insiders are better than outsiders, that they merit more compassion, integrity and generosity or even that violence toward “infidels” is acceptable. But the upside is that religious or spiritual labels offer a way of defining who we are.  They remind adherents that our moral sense and quest for meaning are core parts of what it means to be human.  They make it easier to convey a subset of our deepest values to other people, and even to ourselves.

For those who have lost their religion or never had one, finding a label can feel important.  It can be part of a healing process or, alternately, a way of declaring resistance to a dominant and oppressive paradigm.  Finding the right combination of words can be a challenge though.  For a label to fit it needs to resonate personally and also communicate what you want to say to the world.  Words have definitions, connotations and history, and how people respond to your label will be affected by all three.  What does it mean?  What emotions does it evoke?  Who are you identifying as your intellectual and spiritual forebears and your community?  The differences may be subtle but they are important.

If, one way or another, you’ve left religion behind, and if you’ve been unsure what to call yourself, you might try on one of these:

The term atheist can be defined literally as lacking a humanoid god concept, but historically it means one of two things.  Positive atheism asserts that a personal supreme being does not exist.  Negative atheism simply asserts a lack of belief in such a deity.  It is possible be a positive atheist about the Christian God, for example, while maintaining a stance of negative atheism or even uncertainty on the question of a more abstract deity like a “prime mover.”  In the United States, it is important to know that atheist may be the most reviled label for a godless person.  Devout believers use it as a slur and many assume an atheist has no moral core.  Until recently calling oneself an atheist was an act of defiance.  That appears to be changing.  With the rise of the “New Atheists” and the recent atheist visibility movement, the term is losing its edge.

Anti-theist.  Back when atheist consistently evoked images of Madalyn Murray O’Hair, hostility toward religion was assumed.  Now that it may evoke a white-haired grandmother at a Unitarian church or the gay kid on Glee, some people want a term that more clearly conveys their opposition to the whole religious enterprise.  The term anti-theist says, “I think religion is harmful.”  It also implies some form of activism that goes beyond merely advocating church-state separation or science education.  Anti-theism challenges the legitimacy of faith as a moral authority or way of knowing.  Anti-theists often work to expose harms caused in the name of God like stonings, gay bating, religious child maltreatment, genital mutilation, unwanted childbearing or black-collar crime.  The New Atheist writers including Christopher Hitchens and Richard Dawkins might better be described as anti-theists.

Agnostic.  Some atheists think of agnostic as a weenie term, because it gets used by people who lack a god-concept but don’t want to offend family members or colleagues.  Agnostic doesn’t convey the same sense of confrontation or defiance that atheist can, and so it gets used as a bridge, like “I think I might be bisexual.” But in reality, the term agnostic represents a range of intellectual positions that have important substance in their own right and can be independent of atheism.  Strong agnosticism views God’s existence as unknowable, permanently and to all people.  Weak agnosticism can mean simply “I don’t know if there is a God,” or “We collectively don’t know if there is a God but we might find out in the future.” Alternately, the term agnosticism can be used to describe an approach to knowledge, somewhat like skepticism (which comes next in this list). Philosopher Thomas Huxley illustrates this position:

Agnosticism is not a creed but a method, the essence of which lies in the vigorous application of a single principle… Positively the principle may be expressed as ‘in matters of intellect, do not pretend conclusions are certain that are not demonstrated or demonstrable.’

These three definitions of agnosticism, though different, all focus on what we do or can know, rather than on whether God exists.  This means it is possible to be both atheist and agnostic.  Author Phillip Pullman has described himself as both.

The question of what term to use is a difficult one, in strict terms I suppose I’m an agnostic because of course the circle of the things I do know is vastly smaller than the things I don’t know about out there in the darkness somewhere maybe there is a God. But among all the things I do know in this world I see no evidence of a God whatsoever and everybody who claims to know there is a God seems to use that as an excuse for exercising power over other people, and historically as we know from looking at the history in Europe alone that’s involved persecution, massacre, slaughter on an industrial scale, it’s a shocking prospect.

Skeptic.  Traditionally, skeptic has been used to describe a person who doubts received religious dogmas.  However, while agnostic focuses on God questions in particular, the term skeptic expresses a broader life approach.  Someone who calls him- or herself a skeptic has put critical thinking at the heart of the matter.  Well known skeptics, like Michael Shermer, Penn and Teller, or James Randi devote a majority of their effort to debunking pseudoscience, alternative medicine, astrology and so forth.  They broadly challenge the human tendency to believe things on insufficient evidence.  Australian comic Tim Minchin is an outspoken atheist who earns a living in part by poking fun at religion.  But his most beloved and hilarious beat poem, Storm, smacks down homeopathy and hippy woo.

Free-thinker is a term that dates to the end of the 17th Century, when it was first used in England to describe those who opposed the Church and literal belief in the Bible.  Freethought is an intellectual stance that says that opinions should be based on logic and evidence rather than authorities and traditions.  Well known philosophers including John Locke and Voltaire were called freethinkers in their own time, and a magazine, The Freethinker, has been published in Britain continuously from 1881 to the present.  The term has gotten popular recently in part because it is affirmative.  Unlike atheism, which defines itself in contrast to religion, freethought identifies with a proactive process for deciding what is real and important.

While terms like atheist or anti-theist focus on a lack of god-belief and agnostic, skeptic and freethinker all focus on ways of knowing—humanist centers in on a set of ethical values.  Humanism  seeks to promote broad wellbeing by advancing compassion, equality, self-determination, and other values that allow individuals to flourish and to live in community with each other.  These values drive not from revelation, but from human experience.  As can be seen in two manifestos published in 1933 and 1973 respectively, humanist leaders don’t shy away from concepts like joy and inner peace that have spiritual connotations. In fact, some think that religion itself should be reclaimed by those who have moved beyond supernaturalism but recognize the benefits of spiritual community and ritual.  Harvard Chaplain Greg Epstein dreams of incubating a thriving network of secular congregations.

Pantheist.  While self-described humanists seek to reclaim the ethical and communitarian aspects of religion, pantheists center in on the spiritual heart of faith–the experience of humility, wonder, and transcendence.  They see human beings as one small part of a vast natural order, with the Cosmos itself made conscious in us.  Pantheists reject the idea of a person-god, but believe that the holy is manifest in all that exists.  Consequently, they often have a strong commitment to protecting the sacred web of life in which and from which we have our existence.  The writings of Carl Sagan reflect this sentiment and often are quoted by pantheists. For example, “Symphony of Science” is video series which mixes evocative natural world images, atonal music, and the voices of leading scientists, and has received 30 million views.

If none of these fit . . . .  Keep looking.  Many of the American founding fathers were deists who didn’t believe in miracles or special revelation through sacred texts but thought that the natural world itself revealed a designer who could be discovered through reason and inquiry.

Naturalists assume the philosophical position that the laws operating within the natural realm are the only laws governing the universe and no supernatural realm lies beyond.  Secularists argue that moral standards and laws should be based on whether they do good or harm in this world and that religion should be kept out of government.  Pastafarians playfully claim to worship the Flying Spaghetti Monster, and their religion is a good-humored spoof on Abrahamic beliefs and rituals.

Recently there has been steep uptick in people who identify as godless and a parallel uptick in atheist and humanist community building.  Many godless people are newly out of religion (or newly out of the closet).  Some find homes in Unitarian Universalist churches, which offer a gathering point for those who like the church tradition but are more interested in spiritual community than shared beliefs.  Ethical Culture Societies offer a supernaturalism-free landing place for a few more. Promising start-ups like the Humanist Community Project, Sunday Assembly, and Foundation Beyond Belief emerged recently and appear to be growing. But most people don’t yet have access to a community organized around shared secular values and spiritual practices.   That means our labels are largely individual and sometimes experimental.  We may try one on for size, live with it for a while, then try on something else.

As a movement, sexual and gender minorities have faced a similar challenge.  LGB started replacing the term “gay community” in the 1980s. It then became LGBT, and then LGBTQ (to acknowledge those who were questioning) or LGBTI (to include intersex people).  In India, an H got added to the end for the Hijra subculture.  For urban teens, the catch-all term queer has now replaced the cumbersome acronym.  Queer embraces the idea that sexual and gender identity is biologically and psychologically multifaceted.  It includes everyone who doesn’t think of themselves as straight.  Secular rights activists may eventually evolve a similar catch all, but in the meantime, organizations that want to be inclusive end up with long lists on their ‘About’ pages:  atheist, agnostic, humanist, freethinker, pantheist, skeptic and more.  So, join the experiment by picking one that fits and wearing it for a while.

Or make up your own.  I often call myself a “spiritual nontheist.”  It’s a mouthful, but it forces people to ask, what is that?  and then, rather than having them make assumptions I get to tell them where I’m at:  I don’t have any kind of humanoid god concept, and I think that issues of morality and meaning are at the very heart of what it means to be human.  Maybe next year I’ll find something that fits even better.

Read more on nonbelief by this author:

The Atheist Visibility Movement:  Should Atheists Slam Religion or Show Respect?
What the Bible Says About Rape and Rape Babies
Recovering from Religion?  Give Yourself Time

117 Responses to I Don’t Believe in a God – What Should I Call Myself?