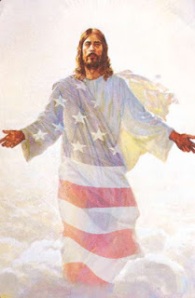 What do Koch Industries and the Catholic hierarchy have in common? A determination to shift rights away from individuals and assign them to institutions.

Since the founding of the United States our ancestors have wrestled with the question of who counts.  Who gets the rights and dignity that define the promise of America? For two hundred years generations of Americans have fought to bring the rights of personhood and citizenship to those who had been excluded:  the landless poor, religious minorities, Blacks, First Nations, women, gays.  But always, as we have expanded those rights it has been with the goal of giving greater dignity and self-determination to individuals.

Now we have both multi-nationals and religious institutions seeking to do the opposite, to create rights/powers for organizations and ideologies that trump individual self-determination.  In their crusade to block medical access to contraception, marriage equality and death with dignity, religious institutional leaders are going after a non-profit version of corporate personhood. They want the organizations they control to have the legal rights of natural persons (in this case freedom of conscience/religion) just like multinational corporations want the legal rights of natural persons (in their case, free speech).  The only real difference is which rights they find most conducive to their ends.

Under Obama’s Affordable Care Act, places of worship and parochial schools are exempt from providing contraceptive coverage for their employees.  This week, the Catholic Bishops demanded the same exemption for affiliated hospitals, social service agencies, and colleges (all of which, incidentally, receive vast sums of public dollars to support their work and most of which serve majority non-Catholic clientele).  They insisted it was a matter of religious liberty. The Obama administration offered a solution that ensures contraceptive access for most American women.  But they sidestepped the deeper problem of religious leaders demanding an institutional right to violate human rights.

This is a matter of religious freedom, the Bishops say.  Yes.  It is.  Their aim is to suppress religious freedom.   Conflict exists only because the employees of these institutions have religious beliefs that are at odds with the religious hierarchy.  Employees of Catholic hospitals and Christian affiliated universities, including devout Christians, interpret God’s nature or God’s will in many ways. They don’t always agree with their leaders.  Many believe that it is morally permissible or even morally obligatory for them to plan their families, and they exercise their own freedom of conscience and religion by seeking contraception.

Catholic institutions now control 18% of U.S. hospitals, including many that have no competitor. They derive much of their power and financial wellbeing from public-          private mergers and from government funds.  The same is true of Catholic universities like Georgetown and Notre Dame. Perhaps a majority of American private colleges have their roots in one religious tradition or another. This means that at a practical level, individual persons are not free to exercise their own conscience if health care and educational institutions with religious roots suppress access to, for example, contraceptive services or death with dignity.

The hard won rights of natural persons belong to natural persons.  They are baked into our constitution for a reason – specifically to protect individual freedoms against the aggregated power of institutions, whether those institutions are motivated by political power, religious ideology or money. The cry of religious freedom should be long and loud in this fight, and it should be coming from those of us who believe that freedom of conscience is far too sacred to be given over to institutions.

Read More:
On Loving Life and Leaving It
Eight Ugly Sins the Catholic Bishops Hope Lay Members and Others Won’t Notice
The Difference Between a Dying Fetus and a Dying Woman