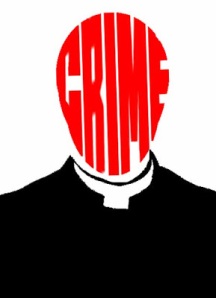 One of the most striking aspects of the Protestant clergy sex abuse pattern is that most people don’t realize it is a pattern. The Catholic Church has taken a well deserved beating in the courts and in the court of public opinion as former altar boys, orphans and ordinary parishioners come forward with appalling stories of sex abuse. Yet equally egregious violations by Protestant clergy fail to generate the same level of outrage. Why?

You might guess that the problems in the Catholic Church are uniquely wide spread, but that would be the wrong answer.  The Eddie Long scandal, in which one of the nation’s most politically connected and homophobic mega-ministers was accused of strong-arming gay sex out of teens, was just one tip of an enormous Protestant iceberg. The news monthly Freethought Today has a regular feature called “Black Collar Crime Blotter”–typically a two page sampler of fraud, theft, and sexual abuse taken from the media across the country. They just turned their archive over to the Kinsey Institute. A website called ClergyGoneWild provides links to recent crime stories, including child abuse (206 articles) and internet solicitation (18).

This problem is nothing new.  The first book on clergy sex abuse in this country, Betrayal of Trust, was published in 1988. The perception that Catholic priests are overrepresented among offenders is correct. They do offend at a higher rate. But because this country is predominantly Protestant, more children are abused by Protestant ministers than by Catholic priests . In 1990, the Freedom From Religion Foundation issued a study on pedophilia by clergy. At that time, two clergy per week were being arrested in North America for sex crimes against children. Fifty eight percent of them were Protestant.

Why do we largely overlook the horrific pattern of Protestant pedophilia and sexual exploitation? Here are a few factors to consider:

Has the priestly pledge of celibacy contributed to a pattern of inappropriate and exploitative sex by Catholics? Probably.  But a look at the behavior of politicians and Protestant ministers—even just those iceberg tips that actually emerge into daylight–should tell us that celibacy is a small part of the story. The reality is that power is arousing for many male humans (and that male power and status are arousing for many females). The pattern is plain as day in Hollywood dramas, rape statistics, porn, D.C. dramas, and clergy sex abuse. (Where is the university research on the topic?) And yet we continue to delude ourselves that Protestant ministers are somehow exempt from the endemic, that the incidents are isolated.    We say that “absolute power corrupts absolutely,” and yet we give ministers an unparalleled level of deference and expect our vulnerable children to do the same.

When Annie Laurie Gaylor wrote Betrayal of Trust twenty two years ago, the pattern in Catholic congregations was to huddle the wagons around accused clergy. She quotes one defense witness who described the abuse as “one drop of ink in crystal clear water.”  Today, after years of repeated exposure, Catholics are less likely to rally to the side of pedophiles and turn potentially devastating ire and scorn on the victims. To Gaylor, the New York Times stories of the accused Eddie Long taking the pulpit amidst standing ovations and catcalls of love is déjà vu. “Some Protestants are where Catholics were twenty years ago,” she says. “We have a long ways to go.”

Related:
What the Bible Says About Rape and Rape Babies
The Fragile Boundary Between Religion and Child Abuse
Don’t Want Pro-Genocide Bible Lessons in Your Public School? Fight Back! Here’s How.
Religious Trauma Syndrome: How Some Organized Religion Leads to Mental Health Problems