Why I’m Grateful to be a Former Evangelical

Posted on December 8, 2018 by Valerie Tarico 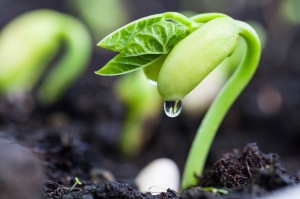 People who leave Evangelical Christianity often carry scars, either from their time in the walled community of believers or from their struggle to break free. Getting God’s self-appointed messengers out of your head can be the work of a lifetime, as Recovering from Religion hotline volunteers and therapists can attest; and religious communities can be cruel and unforgiving toward defectors, even when these defectors were once beloved. I’ve written about this with Dr. Marlene Winell, who has a full-time counseling practice with clients who are working to release toxic religious teachings and so reclaim their own thoughts, values and chosen purpose in life.

But no set of religious dogmas or community practices is all downside, and I found myself musing recently on a question that isn’t usually front and center for outspoken critics of religion like myself. What did I get from my time as an Evangelical that I still cherish? How did my former religion—either the years as a believer or the process of leaving, shape me in ways that I still appreciate today? What teachings or experiences do I still embrace and strive to carry forward?

Some of the things I appreciate most about my Christian experience are lessons taken from my exodus, but not all.

Gifts from Leaving
The gradual realization that my religion was laced with moral and rational contradictions and provably false claims ultimately made belief impossible for me. But that final break came only after years spent searching the scripture to bolster faith, witnessing to others, and even teaching Sunday school. Doubts and depression alternated with a sweet sense of God’s presence during worship. So, the implosion of faith left a profound sense of my own ability to be mistaken—an awe of how real things can feel when they are not. It left me permanently suspicious of simple answers and wary of groupthink. It tattooed a question onto the edge of my consciousness that never quite fades, no matter how bold my proclamations may sound: What if I’m wrong?

Knowing that wrong can feel so right gave me a deep respect for the scientific method, which has been called “What we know about how not to fool ourselves.” Hypothesis testing forces researchers to ask the questions that could show them wrong. That is why, though individual scientists and indeed whole generations may be mistaken, science is ultimately self-correcting. Scientists can be wrong, but they can’t be wrong for 2000 years.

I especially appreciate this hard-won perspective now that the political Right and Left in the U.S. seem so full of fervor. Some people earnestly proclaim that certitude is a virtue and behave as if righteous ends justify dishonest means. Well-intentioned tribes of activists eschew nuance or complexity, and treat requests for evidence as breaches of loyalty. If you’re not with us, you’re against us. Having been burned once, these dynamics feel all too familiar. I think that’s a good thing.

Gifts from My Sojourn as a Believer
Obviously, my Evangelical mentors never meant to inoculate me against fervor or certitude; quite the opposite. But they did actively work to instill some other attitudes and values that, in modified form, still define my better self.

When outsiders hear the word Evangelical, what comes to mind often is dogmatic, insular, judgmental, sexist, homophobic, indifferent-to-evidence, anti-science, right-wing cultural imperialists. The world knows that American Evangelicals drove the election of Donald Trump, which carries a host of other ugly associations. In Latin America, conversions from Catholicism to Evangelicalism are seen as fueling the rise of far-right demagogues who are antagonistic to human rights, the needs of the poor and the mere survival of other species. In other words, the reputation of Evangelical Christianity is in the sewer, with reason.

Given this, it might seem ludicrous to suggest that, up close, most Evangelicals are decent people who sincerely think they are doing good in the world. But in my experience they are—which makes it even more painful to think about the harm many of my former co-religionists are doing in the name of God. The problem, as I see it, is this: If we want to make things better, being well-intentioned isn’t enough. We also have to understand the complicated cause-and-effect relationships that govern our world. Granting inerrancy to the decontextualized scribblings of Iron Age goatherds and conjurors just isn’t a good place to start.

But granting inerrancy to our own epic myths isn’t so great either. For those of us on the outside, living in the real world means—among other things—reminding ourselves that orcs and stormtroopers are fictional, scripted as all-bad so that we can enjoy the fantasy of them being obliterated en masse with nothing lost. It means conceding that people are complicated and most harm done in the world is done with righteous intent, which makes the problem harder to fix. It means living with the awareness that despite our own best intentions we may sometimes do harm when we want to do good—and that is true no matter what our journey into or out of faith.

Valerie Tarico is a psychologist and writer in Seattle, Washington. She is the author ofTrusting Doubt: A Former Evangelical Looks at Old Beliefs in a New Light and Deas and Other Imaginings, and the founder of www.WisdomCommons.org.  Her articles about religion, reproductive health, and the role of women in society have been featured at sites including The Huffington Post, Salon, The Independent, Free Inquiry, The Humanist, AlterNet, Raw Story, Grist, Jezebel, and the Institute for Ethics and Emerging Technologies.  Subscribe at ValerieTarico.com.