If the Dalai Lama were Pope 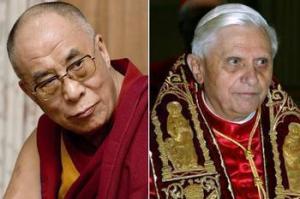 Despite Vatican efforts to keep the public eye focused on pomp and circumstance, speculation about the real reason for Pope Benedict’s resignation dominates conversation about the papal succession: Is it the Vatileaks money laundering? Is it the pedophilia scandal? Might it have something to do with criminal charges filed in European courts? How about the impact of all three on Catholic Church coffers and pews? Is this about immunity or power or finances or brand management? 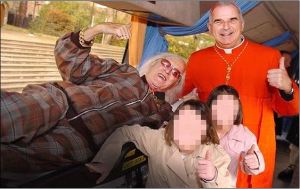 The Vatican claims to promote a “comprehensive culture of life,” but it is the Church’s comprehensive culture of corruption that refuses to die. Consider the end of February  scandal in which Scottish Cardinal Keith O’Brien, resigned amid allegations of sexual contacts with priests. Last year O’Brien had called marriage equality a “grotesque subversion of a universally accepted human right.” In fact, in 2012, he received a “bigot of the year” award from the British gay rights group, Stonewall. The combination makes him a poster boy for the notion that homophobia is a symptom of denial. Methinks he doth protest too much. 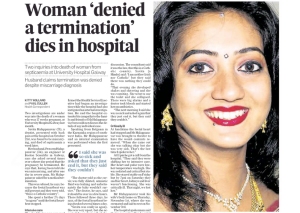 From the October death of Savita Halappanavar for lack of an abortion in Catholic controlled Ireland, to the pedophilia cover-up being unveiled gradually this spring in California, to the infighting exposed when the Pope’s butler leaked inside Vatican documents, to Cardinal Timothy Dolan’s efforts to obstruct contraceptive access regardless of the public health consequences—Catholic priorities increasingly appear to have two products: harm and hypocrisy. Those who still consider the Catholic hierarchy to be a source of moral leadership are living in a fantasy.

As someone who thinks the world could use a little moral leadership, I can’t resist indulging in a little fantasy of my own: Imagine how different things would be if the Dalai Lama were the next pope.

Catholic authorities have not built Creation Museums or fought to get the Genesis creation myths taught in science classes—they apparently learned a little something from the Galileo fiasco— but they have been far from champions of science and in fact have regularly demonstrated a willingness to violate scientific findings when these are inconsistent with their theological priorities. In Africa, priests warned poor, uneducated believers that condoms cause HIV. In the States, Catholic abortion foes insist, despite an utter lack of evidence, that abortions cause cancer and that the most effective contraceptives are abortifacients. They continue to insist that homosexuality is a choice—a sin. (No, no, and no.) 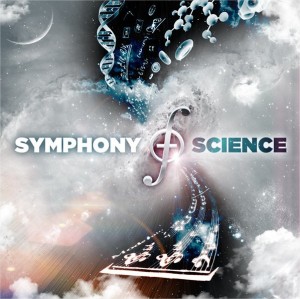 By contrast, the Dalai Lama had this to say in his book, The Universe in a Single Atom. “—if scientific analysis were conclusively to demonstrate certain claims in Buddhism to be false, then we must accept the findings of science and abandon those claims.” He went on to elaborate:

No credible understanding of the natural world or our human existence–what I am going to call in this book a worldview–can ignore the basic insights of theories as key as evolution, relativity, and quantum mechanics. It may be that science will learn from an engagement with spirituality, especially in its interface with wider human issues, from ethics to society, but certainly some specific aspects of Buddhist thought—such as its old cosmological theories and its rudimentary physics— will have to be modified in the light of new scientific insights.

His attitude toward science has been one of curiosity in large part because “the great benefit of science is that it can contribute tremendously to the alleviation of suffering at the physical level.” Under his leadership, schools with an emphasis on science, engineering, and technology were established for Tibetan children. Contrast that with the Christian madrassas that are being promoted for American children.

Interspirituality, humility and adapting to pluralism.
The Catholic Church has long made exclusive truth claims, and these have been reasserted rather than softened in recent years. The most generous concession to pluralism came in the mid 1960’s in a document called the Lumen Gentium. “Those also can attain to salvation who, through no fault of their own, do not know the Gospel of Christ or His Church, yet sincerely seek God and moved by grace strive by their deeds to do His will as it is known to them through the dictates of conscience.” Hindu scholar, Rajiv Malhotra finds this concession far from comforting. His grievances in his words: 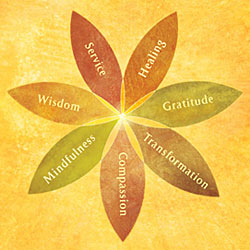 Again, the contrast with the Dalai Lama’s position is striking. For years he has promoted one simple virtue as the heart of Buddhist spiritual practice: “If you want others to be happy, practice compassion. If you want to be happy, practice compassion.” He has acknowledged publically that this virtue is promoted by a wide range of religions: “All major religious traditions carry basically the same message that is love, compassion and forgiveness . . .  should be part of our daily lives.” And in recent years, he has become increasingly vocal about his perception that it is time to transcend those same traditions. His 2011 book was titled, Beyond Religion: Ethics for the Whole World. In September of 2012, he surprised and delighted Facebook “friends,” with the following post:

All the world’s major religions, with their emphasis on love, compassion, patience, tolerance, and forgiveness can and do promote inner values. But the reality of the world today is that grounding ethics in religion is no longer adequate. This is why I am increasingly convinced that the time has come to find a way of thinking about spirituality and ethics beyond religion altogether.

A real Comprehensive Culture of Life.
Catholic ethicists claim to promote what they call a “comprehensive culture of life.” What they mean by this is the protection of human organisms from the moment of conception to “natural death.” When it comes to the beginnings and end of life, Catholicism promotes two attitudes that were adaptive at the time the Christian orthodoxy first took root, the Iron Age, and now are not. These two virtues-turned-vices are passivity— que será, será —let God decide—and pronatalism, or glorification of childbearing. They account for much of the suffering the Church has wrought in recent years. More significantly, the Catholic “culture of life” focuses exclusively on human life at the expense of all other species, since man alone is made in the image of God and endowed with an immortal soul. Dominionism, as a branded movement, may be a Protestant invention, but the notion that all other species were created for man’s consumption is one that Protestants inherited from their Catholic forbears. 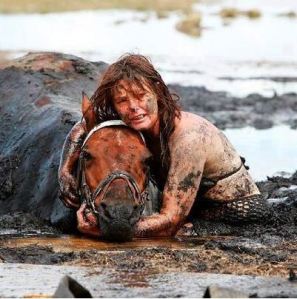 The Catholic Culture of LifeTM pales when compared with the truly comprehensive culture of life practiced by Jains for example, who seek to avoid harming even insects. It also is directly at odds with the culture of life as understood by the Dalai Lama: “Today, more than ever before, life must be characterized by a sense of Universal responsibility, not only nation to nation and human to human, but also human to other forms of life.” The Buddhist leader says a prayer daily for all sentient beings. Rather than glorifying human DNA and equating personhood with twenty three chromosomes, he affirms that personhood is present in some form even in the smallest conscious creatures. When he spoke as a part of Seattle’s Seeds of Compassion, he joked about giving blood, sometimes, to mosquitoes and then mused out loud about whether a mosquito is capable of appreciating the gift. His joke may have been quirky, but it nails the point on which Catholicism falls down when it comes to compassion—its narrow and dogma-driven boundary around who counts.

Separation of church and state.
The Catholic Church and powerful Protestant groups increasingly rely on public dollars to fund their enterprise, even in the United States where separation of church and state is the ostensible law of the land. Less than five percent of money flowing through Catholic charities and hospitals comes from Catholic offering plates. Powerful Christian organizations have secured government funds to underwrite their proselytizing in the form of “faith-based” prison programs, evangelical relief agencies, vouchers for parochial schools, and military chaplains who serve as missionaries on the public dime. Recently, legislation was advanced that would channel public funds to rebuild Church structures damaged by acts of God. Through hospital mergers and exclusive contracts, Catholics in particular leverage Medicaid and other public health dollars to impose their version of God’s will on Americans seeking medical services. They are on the verge of controlling half of hospital beds in Washington State. 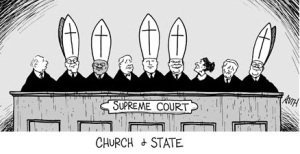 On the other side of the equation, Christian leaders are increasingly inserting themselves into positions of political power—recruiting candidates for school boards, for example, and even establishing a college focused on funneling ultra-conservative home-schooled youth into staff positions in Washington D.C. The Vatican holds a seat at the U.N through its claim to be an autonomous state but has regular access to the White House because it claims to be the representative of American Catholics. By selectively claiming the status of political entity, religious authority or non-profit service provider, Church leaders seek to extract the maximum privilege associated with each.

By contrast, the Dalai Lama made a decision in 2011 to step down from his position at the head of the Tibetan government and the Tibetan constitution was amended to establish a greater separation of church and state. He explained his decision thus:

I always tell people that religious institutions and political institutions should be separate. So while I’m telling people this, I myself continue with them combined. Hypocrisy! [Laughs] So what I am telling others I must implement for myself.

A disappointing lack of sordid scandals.
To the extent that we all rely on the Catholic hierarchy to provide us with a regular dose of incredulity or a feeling of moral superiority, having the Dalai Lama at the helm would be quite the let down. When the 14th Dalai Lama announced in 2011 that he would be retiring, the decision was controversial only to the Tibetan Parliament and people, which repeatedly asked him to stay. His decision produced such a lack of global media buzz that most Westerners didn’t even know it happened.

No gold and brocade and red velvet, and no spokesmen lamenting the mean people who keep exposing the private moral rot beneath the satin.

As the conclave of cardinals moves forward to appoint a new pope, what are the odds that the world might actually face such changes? With pedophile protector Timothy Dolan under consideration and dessicated conservatives making the decisions—not a chance in hell.

Eight Ugly Sins the Catholic Bishops Hope Lay Members and Others Won’t Notice
15 Things Old Boys like Rick Santorum Don’t Want You to Know About Your Body and Your Contraception
Anti-Contraception Cardinal Paid Pedophiles to Disappear
Whose Morals Will Control our Child Bearing? An Open Letter to the Catholic Bishops
Obama’s Commitment to Christianity Trumps Commitment to Constitution

19 Responses to If the Dalai Lama were Pope